During the year of 2001, in the US residential lenders were saturated in refinancing. The total mortgage packages approved exceeded $1.5 trillion. However, refinancing was not homogeneous across the US. Twenty major mortgage institutions were randomly selected, and the total refinancing was recorded for 2001 and 2000 (data are in the “QMCoursework-data” spreadsheet).

· Do the data support the hypothesis that there is a linear relationship between the amounts in each year?

· Is any observation influential? 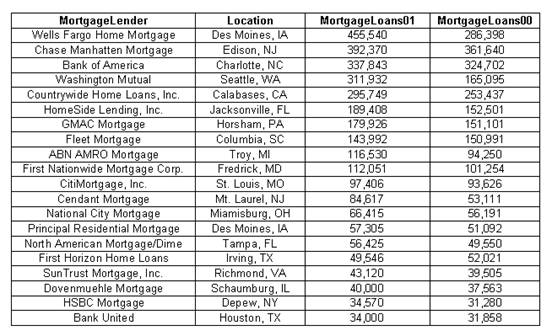 Solution: The correlation coefficient is equal to

In order to test that there is a significant correlation between the variables we compute the following t-statistics:

The p-value is p = 0.000, which means that the correlation coefficient is significantly different from zero. This supports the hypothesis hat there is a linear relationship between the amounts in each year.

Influential Observation: As can be seen in the scatter plot below:

there are a couple of influential observations, but they are not too strong because the slope of the regression line doesn’t change much because of them 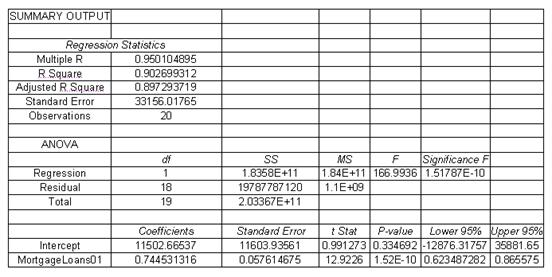 The regression equation is